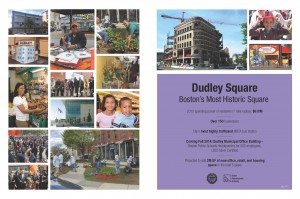 Randi explained that she would be actively involved with the soon to be engaged retail real estate consultant for the Dudley Sq. Municipal Center.  Of the four firms that responded to the Request for Proposals, CB Richard Ellis/Grossman Retail Advisors was the successful respondent. 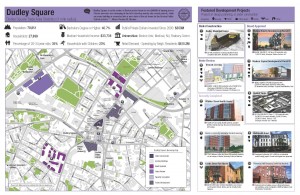 Randi explained that her team was preparing for the International Council of Shopping Center (ICSC) New England Idea Exchange, July 16-18.  The BRA will be coordinating a bus tour of over 100 retail investors, brokers and other retail real estate professionals.  The tour will be stopping at the Dudley Sq. Municipal Center on the afternoon of the 16th, so that the retail opportunities at the municipal building and at Dudley Square in general could be presented. 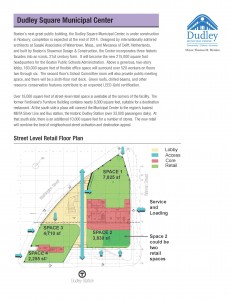 For the retail lease up strategy,  Randi explained that she was familiar with the Dudley Area retail survey conducted last summer, and that recent retail trends in the City fit well with findings of the survey.  That is,  a sit-down restaurant at the old Ferdinand would be a fit, and fast-casual food tenants could be a good complement to tenants already in the area.  Similarly, there would be a search for other types of tenants such as apparel, coffee shop/bakery, and potentially a laundry, drycleaner drop-off, as well as other tenants.

DVATF member and community members shared ideas for potential retail businesses, including youth-oriented stores and healthy food offerings.  There was also a suggestion to try to find ways to attract local retail business operators and operators that would hire locally, as well. 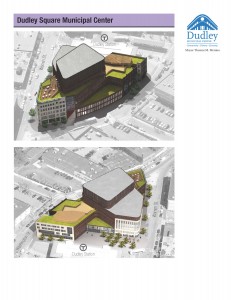 DVATF members raised the issue of improving the storefronts of many of the surrounding retailers, and wanted the BRA and the City to continue looking into ways to influence property and business owners.

Also, concerns about parking were raised, considering that the Dudley Square area would likely become even more of a destination draw, attracting customers from beyond the neighborhood.  It was explained that the effort to engage in an updated parking study is ongoing.

A number of meeting participants noted that in recent history, the Dudley Area had become a host to a concentration of social service agencies, and that there was a need to limit that concentration, or at least balance it out with more market-driven uses, like retail and office use.  Of particular concern by DVATF members and some community members is the potential of locating a medical marijuana dispensary in the area.

The meeting adjourned at around 8:20 p.m.

This entry was posted in Uncategorized. Bookmark the permalink.